How Do I Seal My Criminal Record?

A lapse in judgment could affect you for the rest of your life if it resulted in an arrest and a criminal conviction. Long after you complete the conditions of the sentence handed down by a judge, the stigma of a criminal record stays with you. Employers, landlords and even colleges you apply to for admission can access the public records to reveal that you were convicted of committing a crime. You may, however, be able to prevent or limit the public from having access to it by knowing how to seal a criminal record.

What Does It Mean To Seal a Criminal Record

\Depending upon the laws in the state in which you were convicted of committing a crime, your criminal record could follow you for the rest of your life. A conviction for commission of a misdemeanor or a felony, the two classifications of crimes used by state and federal criminal law, results in a criminal record.

Laws controlling how long a conviction remains a matter of public record vary from state to state, but as a general rule, felony and misdemeanor convictions remain on your record for the rest of your life unless you take steps to seal them. If you were not convicted, sealing your criminal record will ensure that information about your arrest, including your fingerprints and mug shots, will be restricted from access by the public.

Sealing a criminal record means it continues to exist and is not destroyed, but it cannot be accessed by the public. Once a record is sealed, most states permit it to be accessed by law enforcement agencies through a request made to a court. Some states expand access to include anyone to whom you give written authorization or by a prospective employer if the job requires that you carry a firearm. 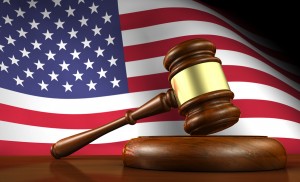 Know Whats In Your Criminal Record

A court order is required to seal a criminal record. States have procedures for requesting that your criminal record be sealed that usually begin with a written application filed with a court proving that you meet the eligibility requirements of the law of the state in which your conviction occurred. For example, state law may require a waiting period from the date of the conviction until you are permitted to request sealing of the records. New York, for instance, requires that you wait at least 10 years before filing an application to seal a criminal record, and it prohibits the sealing of serious or violent felony convictions or if you have more than two misdemeanors or more than one felony and a misdemeanor.

Some states, such as Wisconsin, do not allow you to limit access to your criminal records unless you were convicted before you were 25 years old or the records you wish to seal were from a juvenile delinquency proceeding and you are at least 17 years old when you make the request to seal the records. The state does, however, have a sealing procedure for criminal records in cases that resulted in an arrest but not in a conviction.

Criminal records that are sealed continue to exist, but a court order limits public access to them. Each state has its own laws pertaining to sealing criminal records.

Expunging a criminal record is accomplished through a court proceeding with the outcome being the destruction of the records. As with sealing, the ability to expunge a criminal record and the procedures a person must follow to accomplish it are governed by the law of the state in which you were convicted.  If your criminal record is from violation of a federal law, the process for expunging that record must be made to according to rules established under federal laws.

Benefits of Sealing a Criminal Record

In addition to employment, your search for an apartment to rent is affected by a criminal record. Landlords conduct background checks on prospective tenants, and an arrest or conviction could cause a property owner to refuse to rent to you. Sealing your criminal record means it will not appear in record searches.

Responses to “How to Seal a Criminal Record”