Most of us like to believe that once a person who has been convicted of a crime serves their sentence, that they can then begin the process of rebuilding their life and reintegrating into society. However, what many people with convictions quickly find out is that a criminal record can feel like a punishment that never ends. Finding out how long do criminal records last can be a daunting task if you don’t have all the facts about your criminal record.

If you have a criminal record, you probably know already how difficult it can be to get a job, apply for a loan, find an apartment, travel abroad, or even go to college. Even a traffic violation could be on your record without you realizing it. Simply put, a criminal record is a huge roadblock on the path towards reintegrating into society and it is a major reason why recidivism rates are so high. That’s why the question of how long a criminal record lasts is so important for so many people. 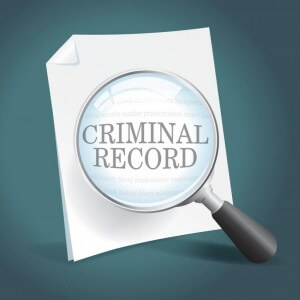 So How Long Does a Criminal Record Last For?

What is Expungement of Criminal Records?

When people talk about clearing their criminal records, they are usually talking about having their records either expunged or sealed. Specific policies on expungements and sealing vary widely from state to state, so be sure to check what your own state’s policies are first. In many states, the terms expungement and sealing are used interchangeably. A record that is expunged or sealed usually means that it is no longer visible to the general public, but it is still visible to law enforcement agencies and other authorized persons.

For example, if you are applying for a job that requires a background check but your criminal record has been expunged, then your potential employer will not be able to see any record of the arrests or convictions that have been expunged or sealed. Furthermore, if asked, you can legally say that you have never been arrested or convicted for an offense that you have gotten sealed or expunged.

There are exceptions, however. If you are applying for a job that requires a high security clearance, then typically your employer–such as some U.S. government department or a contractor working with the military–will still have access to your expunged records. Furthermore, police can almost always see any previous criminal history you may have, regardless of whether or not it has been expunged or sealed.

What is a Criminal Record Pardon?

A pardon is slightly different from an expungement and also much harder to obtain. A pardon essentially says that you have served your time for a specific offense. A person can even be pardoned for a crime that they have yet to be convicted of, essentially meaning they will never have to serve a sentence for that offense. Usually, a pardon does not wipe a record clean, but pardons are also usually available for offenses that otherwise are not eligible for expungement.

Because a pardon is so powerful, it is also extremely rare. For federal offenses, the only person who has the authority to issue pardons is the President of the United States. Presidential pardons are extremely rare and obtaining one is nearly impossible.

For states, the power to issue pardons is usually held by the governor. In some states, however, a committee appointed by the governor actually decides who will receive a pardon. The rules for a pardon vary considerably from state to state.

How to Clear Your Criminal Record

Expungement, sealing, and pardon requirements change dramatically from state to state. Not all offenses are eligible for expungement or sealing. While most offenses are usually eligible for pardons, as stated above getting a pardon is usually very hard. Violent crimes, sex crimes, and crimes against children are usually not eligible for expungement. They will stay public on your record forever. The exception is if you were found Not Guilty of such an offense, in which case you can sometimes apply to have the record of the arrest and charge expunged. New Hampshire, for example, allows a person whose case was dismissed or who was found not guilty of any offense to apply for an expungement free of charge.

Even if your offense is eligible for expungement, there are usually a number of other eligibility requirements you must meet. Almost every state that grants expungements imposes a waiting period from the time you have completed your sentence to when you can apply for expungement. The waiting period varies not just from state to state, but also depending on the severity of the offense. For example, in California you can apply for expungement of a misdemeanor or felony for which you were granted probation after you have completed all of the terms of your probation. However, if you were convicted of a misdemeanor and denied probation you must wait a year after your conviction. If you were convicted of a felony and served your sentence in a county jail, then you must wait between one and two years depending on the circumstances of your sentence. If you were sent to state prison, it is much harder to expunge your record, unless you were convicted of a felony that has since been reclassified as a misdemeanor (this is often the case with non-violent drug crimes).

Remember that the steps to go about clearing a criminal record are very complicated and will depend on which state you live in. You will first want to check your record and then make sure you research your state’s expungement/sealing laws to understand what options may be available to you. Finding out how long do criminal records last can help you to recover your good name and open new opportunities for you.

Responses to “How Long Do Criminal Records Last?”