What Private Investigator Services Are All About

When you think of private investigators, the first thought that comes to mind is probably an old film noir movie scene featuring a smoke-filled office with the Venetian blinds perpetually closed. However, private investigators are not just the stuff of film legend. They exist throughout the United States and countless people rely on them for a wide range of reasons. Thanks to both the Freedom of Information Act (FOIA) and the growth of the internet, a lot of what private investigators used to do can now be done by anybody with a laptop and internet connection. However, private investigators still have their place and there are reasons why hiring one may make more sense than doing your own sleuthing. Private Investigator services can help to uncover a lot about a person you might not know. 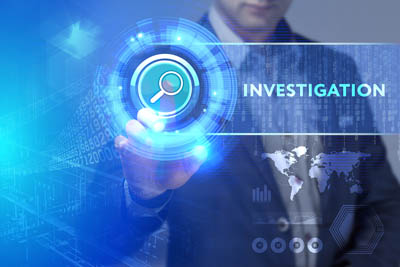 What is a Private Investigator?

A private investigator is essentially just a detective who can be hired out for private jobs. A detective who works for the police department, in contrast, doesn’t typically perform private contracts for clients since they work for the general public and are thus paid through taxes. A private investigator, unlike a police detective, is also not limited to investigating criminal matters. In fact, they are most often hired for non-criminal issues, such as performing background checks on prospective employees, finding out if a spouse has been cheating, or gathering information for a client that could prove useful in a child custody case.

Hiring a Private Investigator vs. Looking Up Information Online

Before the advent of the internet, a private investigator was often the most efficient way of finding out information about another person. Nowadays, much of what private investigators do can be done by just about anybody by looking up public records online. For example, if a person wanted to know if their spouse was being unfaithful, they may be able to find out for themselves simply by checking their spouse’s social media activity. Background checks can also be done quickly and easily online now, especially if you use third-party databases like SearchQuarry.com, which makes online investigations a much more affordable alternative to hiring an expensive private investigator. Even tools that were once considered high-tech and available only to licensed professionals, such as hidden cameras, can now easily be bought at any electronics store.

So what advantage is there to hiring a private investigator? For most simple jobs, there aren’t many advantages. If all you are looking for is a simple background check then you can probably do that yourself. However, private investigators are licensed professionals, which confers two big advantages: the first is that they are thorough and they will know tricks for getting the information you are after that simply cannot be performed online. The second, and probably most important advantage, is that they know the law. Even if you did do your own sleuthing online, it is very easy to inadvertently violate privacy laws. In some cases, such as a divorce or child custody case, falling afoul of privacy laws could mean that whatever incriminating evidence you did unearth would automatically be thrown out by a judge. A licensed investigator can help you find that same information without breaking the law.

The reason much of what private investigators do can now be done by anyone is thanks to the Freedom of Information Act (FOIA). The FOIA went into effect back in 1967 and has made much of the information the government collects available to the public. With the rise of the internet, a lot of that public information, such as criminal records, has made its way online, which in turn has allowed countless people to become their own private investigators.

Private investigators aren’t right for every situation, especially since they cost a lot of money and do not guarantee results. In many cases, you might be better off doing your own investigation online. However, if that investigation turns up little or you are worried about potentially violating privacy laws then hiring a private investigator may be a good idea.