How to Lookup Prison Inmates

Learn How to Lookup Prison Inmates in Federal or State Prisons

The Difference Between Jail and Prison

First, it’s important to know the difference between county jails and federal and state prisons to make sure you’re looking in the right place.

County Jails: Most offenders are sent to the county jail while waiting for their trial date or sentencing hearing. Offenders sentenced to less than one or two years will probably remain at the county jail throughout the duration of their sentence. If offenders are being charged with a federal crime, it’s likely they will be transferred to a federal prison while awaiting trial.

State Prisons: In most cases, state prison inmates are convicts who are serving a sentence of more than one or two years. These inmates are sent here only after they have been found guilty and sentenced. In many cases, an inmate may be transferred from one state prison to another due to space issues.

Federal Prisons: Federal prisons are only for those offenders who have been charged or found guilty of a federal crime.

If you’re looking for the location of a federal prison inmate, the United States Department of Justice has set up a countrywide database. The Federal Bureau of Prison’s portal lists the details of every federal prisoner since 1982.

The easiest way to find inmates is with their identification numbers, such as BOP (Bureau of Prisons) number, DCDC (DC Department of Corrections) number, FBI number or INS (Immigration and Naturalization Service) number.

If you don’t have this information, you can still check the database using the person’s first and last name. You can narrow your search further by including the person’s middle name, race, age or gender.

How to Find Immigration Detainees in Federal Prison

Immigration crimes are considered federal crimes, and they are handled by the U.S. Immigration and Customs Enforcement (ICE) agency. ICE runs its own inmate database that includes any person who is currently being held in custody, as well as any person who was released within the last 60 days.

Just like the federal prison database, most states in the country maintain a statewide database of all current state inmates. Check the state’s Department of Justice website to see if it offers this type of database search. You can also do a Google search for “(name of state) Inmate Locator.” Once you find the state database, you can search for the inmate by name or prison identification number. The amount of information you receive for each inmate varies from state to state, but at the very least, you will find out if he is in a state prison and if so, which one.

Use a Third-Party Online Search Vendor

In addition to the official governmental online databases, several online third-party vendors can help you locate a federal or state inmate. At a minimum, you need to know the person’s first and last name in order to search these records. It’s also helpful if you know if the person is in state or federal prison, what state the prisoner is being held in and other personal data such as the person’s gender, race and date of birth.

It is very important that you only work with a reputable third-party vendor. Always read the fine print and understand the costs involved in using these services before providing them with any payment information. This extra precaution prevents you from being scammed by an unethical vendor.

How to Search for Federal and State Prison Inmates Offline

If you don’t want to search public records online, or you’re having trouble locating the inmate, you can try to contact the federal and state prison directly. If you know the prison, and you’re just checking to see if the prisoner is still in custody, this process should be easy. A basic phone call should provide you with all the information you need, including whether the inmate has been moved to another facility or released. If you’re not sure which prison the person is in, you may need to call several prisons before finding the right one.

If you’re a victim of a crime, and you’re trying to get information about your offender, you can contact your local state police department, your local congressman or the prosecutor who handled your case for help determine the current status of the offender. If the offender is still in prison, you can request to be notified when the inmate is released. 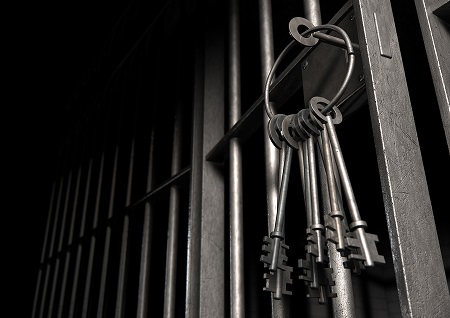 Responses to “How to Lookup Prison Inmates”