What is a Distracted Driving Ticket?

Distracted driving has quickly risen to become one of the most prevalent threats on the road. As the National Highway Traffic Safety Administration (NHTSA) points out, an estimated 3,450 people were killed in distracted driving accidents in 2016. What is worse, because distracted driving is such a difficult problem to track (many drivers who cause a crash, after all, won’t admit to having been distracted), the true fatality rate from distracted driving may be much higher than official figures suggest.  Additionally, a distracted driving ticket can be very costly as well as spiking your auto insurance premiums. 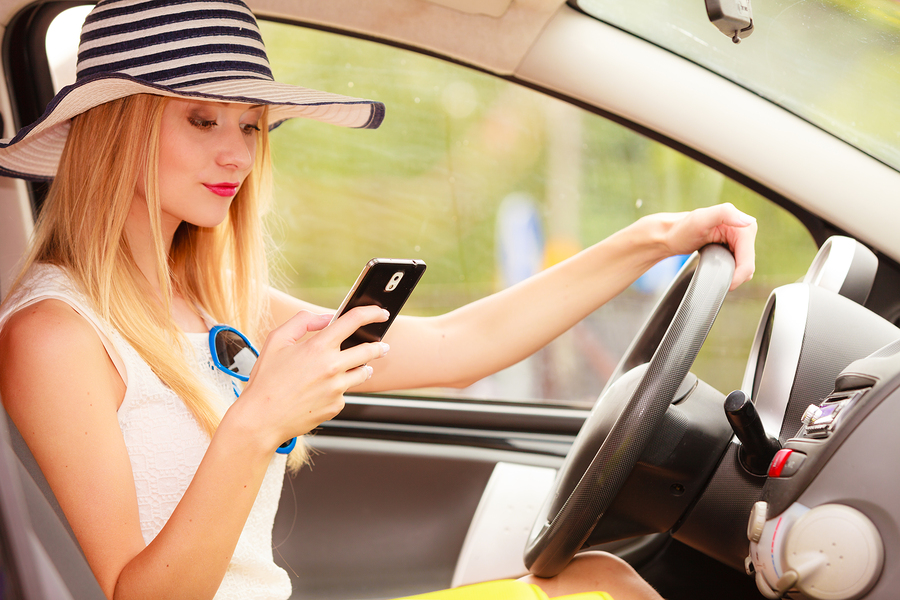 What is Distracted Driving?

Distracted driving is an umbrella term than can include basically any behavior that takes drivers’ focus away from the road. Eating, personal grooming, texting, talking, changing the radio station, talking to passengers, or searching for items in the car can all count as distracted driving if they cause drivers to lose focus on what they should be doing–namely, driving safely. Furthermore, even in-car technology, such as GPS and infotainment systems, which are often marketed as safe for use have been shown to be highly distracting for drivers, according to driving behavior research done by the American Automobile Association (AAA).

However, since the advent of smartphones, much of the conversation around distracted driving has focused on texting and driving as well as talking on the phone while driving. As a result, many states have started passing laws that specifically ban texting and driving and/or handheld use of a cellphone while driving. Most such laws will result in a fine for offenders, although repeat citations could lead to jail time in some states. You should search online or with your local DMV or law enforcement agencies to see if you have any distracted driving tickets on your record.

It is also worth remembering that even checking your phone while stopped at a red light is dangerous and, in most states, it is considered to be distracted driving and you can receive a distracted driving ticket. That’s because although you are not moving at a red light, you still need to be aware of your surroundings, including potentially needing to avoid dangerous situations or to move out of the way of emergency vehicles trying to get through.

Furthermore, distracted driving laws tend to be tougher for new and younger drivers than older ones. Many states that do not have a ban on handheld cellphone use for all drivers will still ban the practice for drivers who are under 21, for example.

Texting While Driving Is Distracted Driving

How to Avoid Distracted Driving

The best way to avoid getting a distracted driving ticket is to simply put your phone away while driving. While a distracted driving ticket may not seem like a lot of money, the risk of causing an accident is extremely high. Unfortunately, cellphones can be very addictive and it can be tempting to quickly check your cellphone whenever it lights up with an incoming text. That is why most safety experts advise people to put their phones on silent or do not disturb while driving and to store them either in the glove department or even in the trunk. That way, you won’t be tempted to pick up your cellphone while driving.