Thanks to the power of the internet, searching for Indiana criminal records has never been more efficient. It has become increasingly common for employers to perform background checks on prospective employees, but many other people are using criminal record searches to research potential romantic partners, caregivers, employees co-workers and known associates. It’s always a good idea to know whether the person you’re about to let into your life is hiding a secret that could cost you dearly.

Because laws vary from state to state, the types of Indiana criminal records available will also vary, but the same classifications exist nationwide. Depending on the severity of the offense, you’ll likely encounter three types of offenses: infractions, misdemeanors, and felonies.

Infractions are the least serious, and usually involve traffic violations or charges such as disorderly conduct which don’t result in incarceration. (However in Indiana, disorderly conduct can be a misdemeanor or even felony charge, depending on the context.) These charges are usually punished with a fine. Obviously, someone with infractions on their record is not exactly a criminal mastermind, so you may not be too concerned to find these. But, as a potential employer, if you perform a background check and your subject turns up too many of the same type of infraction (several seat belt violations, for example), it could be a slight red flag as to your prospect’s willingness to abide by rules and policies.

Misdemeanors are more serious offenses, and in Indiana they are punishable by up to one year in a local jail and fines of up to $5,000. Misdemeanors in Indiana are classified into 3 levels, with a Class A misdemeanor being the most serious, and Class C the least serious. Misdemeanors cover things like petty theft, assault, and first-time drunk driving offenses. When you find a misdemeanor on a background check, you will almost always want to see the full Indiana criminal record of that case. If there is a chance that a more serious felony charge was reduced to a misdemeanor through a plea bargain, it may be beneficial for you to know what the original charge was.

Felonies are the most serious crimes. Like misdemeanors, the state of Indiana classifies its felonies from Class D (the least serious) to Class A (the most serious), and many felony charges come with mandatory minimum sentences. Murder in Indiana has a class all its own: if convicted, the accused faces 45 years to life in prison, or the death penalty.

Indiana has several resources available for those who are searching for Indiana criminal records. You can do a quick, free search at Indiana Free Public Records Directory, or do a limited search at IN.gov. 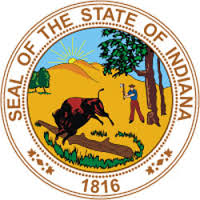