Even though the United States considered court dockets to be public records, the public would run into restrictions in gaining access to them. This was true before the 1960s when the Freedom of Information legislation (FOl) was slowly moving into the legal jurisdictions of the country. Interestingly, The term docket first originated in England in 1485 as doggette. Although no one is sure from where it derived, the term “docket” could have come about from the verb “to dock,” which means “to cut something short.”

President Lyndon Johnson signed the Freedom of Information Act (FOIA) into law in 1966. The FOIA allowed the public to have either full or partial access to records of which the United States government had control. The FOIA aids in clarifying what information the public sees to protect the public’s rights. The federal government has an obligation to be an open government, however, that only applied to federal bodies, thus denying the same rights to other institutions. Then, in 2013, an amendment to the FOIA allowed the public greater access to information through the FOIA Oversight and Implementation Act of 2014 (FOIA Act). The FOIA Act provides an easier and faster solution for the public to inquire about and receive information. 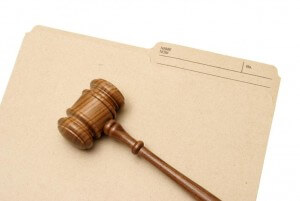 Not all states have the same guidelines when it comes to the public requesting and accessing information. For instance, each of the 50 states utilizes the national FOIA and some form of the Freedom of Information legislation (FOI legislation). The FOIA controls access to public records. Several U.S. Attorney Generals have created memorandums as a set of policies for the federal agencies to know how to apply the FOIA exemptions. Federal agencies may deny access if the records are exempt or are deleted. The FOI legislation creates differences in each state of how they handle responsibility towards not only the request of the records but also in what the states will allow the public to access.

So, even with rules and regulations set up, restrictions still exist for accessing and attaining court record information. That being said, the one way of gaining information that has grown out of control is the internet. Negative information can get discovered and sold by “information brokers.” In addition, private matters, such as a divorce or lawsuits, can wind up in public records for nearly anyone to see.